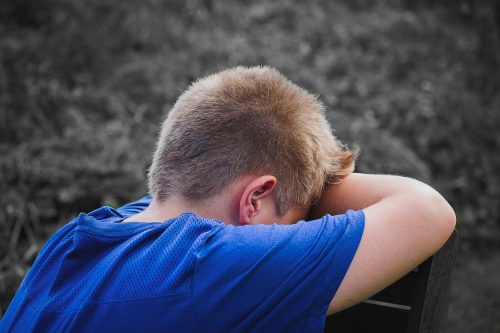 What are some of the main differences between men and women?

I am sure that by now you have figured out most of the differences in physical characteristics. But how would you identify a man from a woman if you could not see the physical differences?

How would you compare masculinity with femininity?

If you are a parent I am sure that you have had a similar experience. Children are very similar when they are very young, but you can usually see some characteristics that stand out without you even showing them what to do.

My daughters automatically loved playing with dolls and ‘female’ stuff. But when my son came along, and we visited the shops, he showed no interest whatsoever in dolls. Instead he wanted to play with cars.

Of course this all changes as a boy grows older, and he gets a new interest in dolls – of the human variety, but for a different reason. And if a boy grows up with older sisters, he may try to copy some of their behavior. Like when my son decided to try out his sisters’ makeup and paint his face.

Some Things Are Not Automatic

Some things are not automatic in a child. And that is why God has ordained that a child should have TWO parents to bring that child up and teach him or her the skills that are needed to survive in this world and behave towards other people. And God’s order is for those two parents to be of a different gender.

God’s order is also for each of the parents to fulfill a different role in the upbringing of the child and to build different characteristics into each. When each parent is fully affirmed in their own identity – as man or woman, and relates correctly to the other partner, then a child is brought up balanced. But any failure at this point results in a child being brought up with a confusion regarding masculinity and femininity.

Today’s society has moved away from God’s standard, and this has left us with a society of people who do not fully understand their masculinity or femininity. Unaffirmed mothers and fathers have caused their children to grow up with a warped idea of sexuality.

The Gay Liberation has produced homes where the parents are both women or both men. Children are being brought up in such homes without hope of ever finding their true balance in life. And when men and women come to know the Lord, they bring all of this wrong programming into their Christian Life. It is this wrong programming in the first place that results in the gay lifestyle. We will consider that another time.

Why We Need Balance

What is this balance that I am talking about? Surely a person is either a man or a woman? Isn’t it just a simple matter of knowing which gender you are and learning to act like a male or female?

We all know the expression that I used for the title of this article. Every young boy has at one time or another faced this challenge, either from his parents, or from friends, teachers or other leaders in his life. The idea is that crying is a female thing, that boys are meant to grow up to become men, and men do not cry.

But is crying necessarily a ‘female’ thing? Or is it perhaps that we are simply trying to show the child that he should be different to girls? If so, then what standard should be use to decide what is masculine and what is feminine? If I look at the ultimate standard for manhood, which is the Lord Jesus Christ, then I see that crying is certainly acceptable for men. Jesus wept on many occasions.

But that is not the main subject I want to talk about in this article. What I would like to show you here is something you need to clearly understand before you can even begin to know what the God Kind of Man looks like. So let’s start by going to the Scriptures, which are always our standard.

Genesis 5:1 This [is] the book of the generations of Adam. In the day that God created man, He made him in the likeness of God;
2 He created them male and female; and blessed them, and called their name Adam, in the day that they were created. (GBMV))

When God made Adam, He made him in His own image. Does this mean that God is purely masculine and not feminine? How come he did not make Eve first instead of Adam?

The truth is that God made Adam to have both male and female characteristics. No, he did not have both sexes at the same time (God did not recreate Adam after He made Eve, to make sure he had only male genitals). But he had within, the qualities of both masculinity and femininity.

When God made Eve He took out half of Adam and made a woman out of it. It was not just a rib, but his whole side, or half of him if you like. And when he made the woman, he also made her with both masculine and feminine inner qualities.

Who Forms the Masculine and Feminine?

I must end this study now, and we will return to these ideas more later on with other articles. For now I want you to understand that a man, in order to become a real man in God’s image, must learn how to use both his masculine and feminine qualities in a balanced way. The masculine must dominate or lead, but it should never oppose or suppress the feminine so that the man becomes what we call the “macho” man.

A man should also not allow his feminine qualities to so control or dominate him that his masculine qualities are put down and made less effective. A man whose feminine side is dominating is known as an “effeminate man.” Neither of these extremes is healthy, and they both lead to problems in life and in relationships with other people.

So how can we make sure that a boy grows up with his masculine and feminine qualities intact and working correctly in balance?

The only way it can take place is when both his mother and his father have done their job correctly. The mother lays out a foundation and teaches her son how to relate to people and find acceptance in life. She also helps him develop his feminine qualities in a good way by giving him an image of what femininity should be, both by her life and by the way she relates to her husband.

The father builds on the foundation that the mother has laid, and gives the son an image of masculinity, balanced with femininity. He helps his son to identify his masculine qualities and use them correctly in balance with the feminine.

The Results of Failure

Every problem that both men and women face in life comes as a result of the failure of parents to do what I have described above. And I am sure that you are probably saying now,

“Then all of us are messed up. Because there are very few parents who get it right.”

You are perfectly correct. And failure in this area leads to every sexual problem that we experience, whether it be an addiction to normal sex, a disinterest in sex, or an abnormal sexual desire towards members of the same sex.

It causes men to fail as husbands, fathers, leaders, providers and heads of their homes. It prevents a man from becoming all that God intended him to be. And every man, from the time he becomes an adult, faces the conflicts that arose because his parents failed to carry out their job correctly.

How do we escape this problem? How can we overcome these effects and break free of the bondages that it has created in our lives? I think you will find the answer in the heading of the main page of this website.

It Takes God to Be a Man

With the Lord’s help, I would like to show you how to use the power of God, and the truths of His Word to overcome the problems that you are facing as a result of parental failure and many other influences that also affect us as we grow up.

An Apostolic Father, Trainer of the Fivefold Ministry and Servant of Jesus View all posts by Apostle Les

This site uses Akismet to reduce spam. Learn how your comment data is processed.